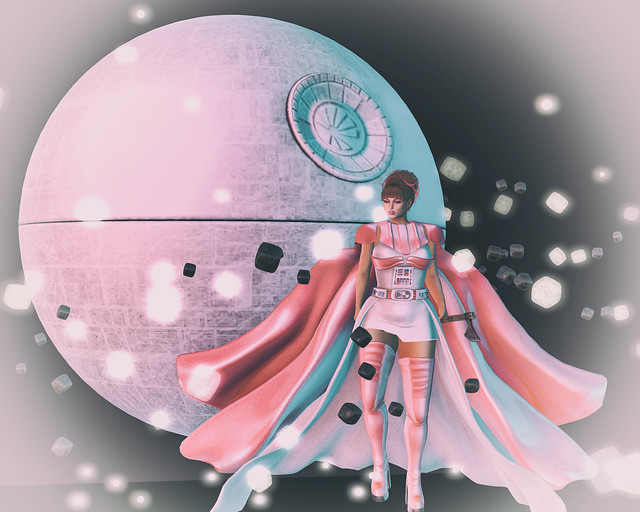 After an 11 and a half hour working shift yesterday I felt like a little bit of fun in my morning blog post today.

I was lucky enough to get into the Epiphany event yesterday as it is still quite busy and snatch up a few things I could not resist.

Gachas can be frustrating but I was fairly lucky on the most part. I know it is frustrating coping with the problems getting in and then the lag when there because of how busy it is but be patient like I said I was lucky! May the odds be in your favour also. 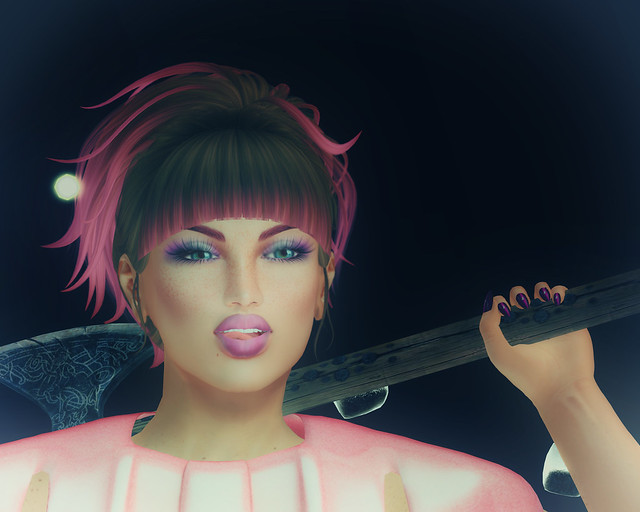 I always wanted to be in Star Wars and I guess this is probably as close as I will get.

Thanks CUREMORE, a collaboration between  CURELESS [+] and Moon Amore stores at The Epiphany their Star Gals Gacha really helped me achieve.

Zibska released this make up for this round of Shiny Shabby and that for me paired with this outfit helps bring out the Sci-Fi.

Dark Passions- Koffin Nails has released these stunning nails at The Cosmetic Fair, a little bit of Night Glimmer really did help the look!