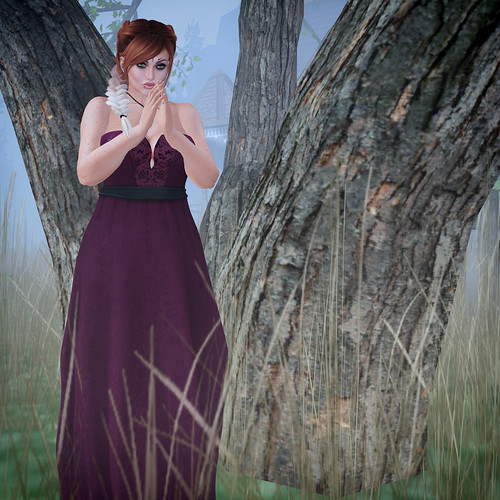 There is so many awesome events either opened in the last week or opening in the next few days that you are going to be busy little shoppers.

Designer Showcase opened on the 5th December and Tori’s Styles released this beautiful dress for this round.The variety of colours and options with this dress is awesome, sheer panel or not, belt buckle or not and coloured belt options. It is compatible with mesh bodies and also has standard fit mesh sizes to.

I have shared one of Lumaes new releases for the Lelutka head at the coven already but I had to share Hexed as well, coming in all her normal tones with body appliers included this skin sits so perfectly on the Lelutka head.

My necklace is from IT and is a new release at The Avenue with its texture change hud, who would you wish to give a key to this valentines.

Hows about some Etched Hearts, hey don’t be scared just showing some Love! These nail appliers are coming to the Bodyfy event today from Dark Passions, compatible with Slink, Maitreya and Omega. Get those hearts etched!

Foxys shared the very early workings of this hair on facebook as a WIP and I was so excited to hear about its release. It did not disappoint this hair is gorgeous and the styling options just make it even better, The hair was released today at Collabor88.

My pose is an older one from Something New, and the photos today was taken at Something New’s photo land. A great little spot to take pictures. Currently accessible only to Something New Group members.

Something  a little different coming in my next blog. 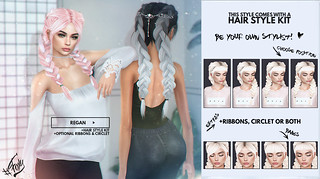 Necklace- !IT!– Key to My Heart- The Avenue